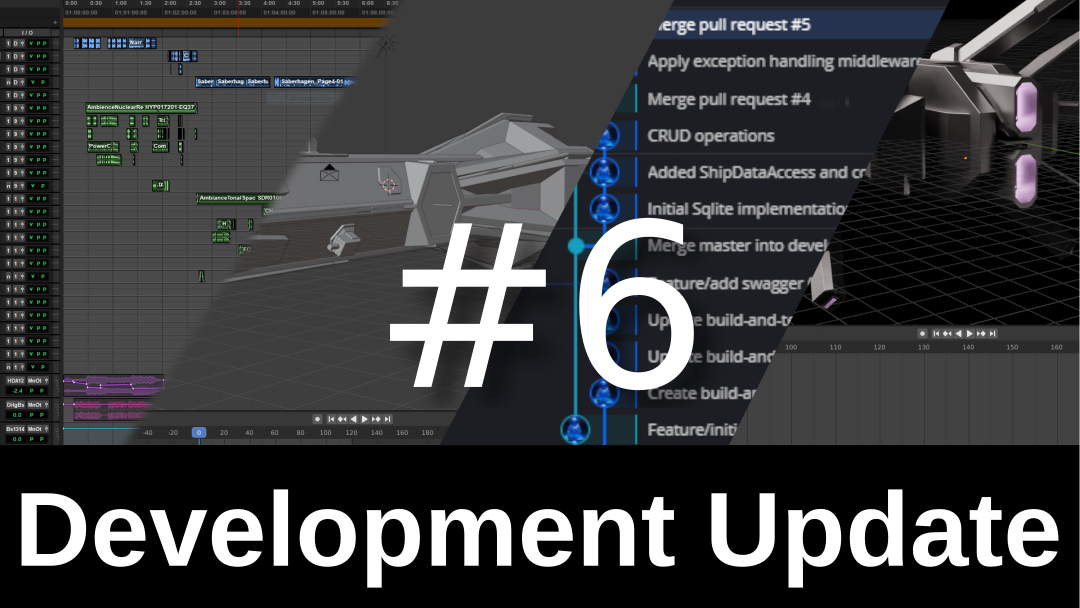 In addition to the release of episode 3, I’ve spent this week doing all kinds of analyzing: YouTube numbers, podcast structure, and narrative direction. It’s been a bit of a pause in the usual forward momentum to reevaluate everything that we’re working on and make sure it’s helping us reach our goals. Most notably, we’ve figured out what is going to come next after Shattered Sleep! Watch for those official announcements in the coming weeks. That podcast is about to reach its midpoint, which we are very excited for, (I think Episode 4 is going to be my favorite one so far,) but because of that, we’re starting to shift gears just a smidge to make sure we’re prepared for everything that’s coming next. My research this week took a sharp turn into the history of the Byzantine Empire, which I have been absolutely loving. As heard in my meetings: “We’ve just got to take the suck out of it all, ya’ know?”

In addition to continuing work on design and modeling, this week was spent planning an animation we hope to release within the next few weeks as a more visual representation of where Celestial Horizon’s story is beginning. In some ways our story can be somewhat abstract, and I’m working to help close that gap with animations and visual effects. Outside of that, I’ve been steadily adding improvements to my render farm software. The next improvement in the works is an FFMPEG encoding worker so that the results of a job can be downloaded as an image file. Rather than a compressed archive of each individual frame. I’m hopeful there’s a way to maintain HTTP as the only transport layer and a database as the only external dependency. I’ve also been researching and working on ways to improve our branding and messaging. Celestial Horizons in some ways is a high concept creation, but at the end of the day it’s a story told through a set of mediums. The clearer and more concise we represent that, the better.

In real life this week, James was able to go back to working his day job in an actual office! He’s been really looking forward to going back into the office, but is still trying to figure out his new balance between work, school, family, and Celestial Horizons. He’s pretty amazing. This week he has been working hard on updating our website and optimizing our SEO. He’s also continued to work hard on his secret project that we will be revealing very soon so keep an eye out for that!

This week consisted of a lot of number reviews. I spent a lot of time analyzing our Facebook, Instagram, and Discord numbers. We obviously are hoping to continue to see growth in all of those categories, and we truly believe the best way to do that is to create quality content people will want to share. We also have been discussing possible incentives we can offer people who are on the fence about getting friends involved. We’ve had a lot of really good ideas that we’re hoping to implement soon! We also met this week to finalize our plans for what comes after Shattered Sleep. We’ve got some big announcements coming soon, so if you’re not already following us on Facebook and Instagram, now is the time to start!